Were you looking for a heart-warming post-apocalyptic Scandinavian webcomic, in which the artwork is amazing, the characters all have fantastic hair, and the cats are plentiful? If so, I found it. Stand Still. Stay Silent. is a gorgeous webcomic by Minna Sundberg.
With events detailed in the prologue, a catastrophic disease destroys the world that we know, and Iceland, as an island nation which closes its borders and defends them aggressively, becomes the most populous country in the known world. Ninety years later, an expedition to explore the dangerous and empty "Silent World" begins, and thus we meet our intrepid adventurers. Unfortunately, their mission is extremely underfunded, and the crew is therefore composed of a ragtag bunch of not-quite-so-professionals.
Tuuri Hotokainen is the Finnish skald and mechanic, while her cousin Lalli is the mage and night scout for the group. The inexperienced Swedish Emil Vasterstrom and the enthusiastic Norwegian Sigrun Eide are along for more combative duties, while Danish Mikkel Madsen functions as both cook and medic for the team.
There are a lot of things I love about this comic. The characters are all very multi-dimensional and real. The comic manages to have a lot of laughs and enjoyable moments for something set after the end of the world. Most importantly, there are so many cats in this comic.
A lot of world building has gone into this comic, and I like that there are occasional pages of extra information, rather than attempting to awkwardly have characters explain basic facts of their own lives and the world they live in through dialogue. The info pages answer questions readers have about the complex and fully-realized world, without disrupting the story.
Of course, the artwork is fantastic. I would love to own the print version of this some day. The backgrounds are beautiful. The facial features are very expressive, which is important in a comic, and each character's design is distinctive and unique. The use of paneling is innovative--wavy panels help to denote the dreamworld that mages visit, and the artist is not afraid to use creative arrangements of panels. Unfortunately, some of the larger page spreads are not as easily enjoyed online, or may even have to be rearranged for the online posting format (just another reason to buy the print version).
Furthermore, the characters all speak subsets of different languages (Finnish, Swedish, Norwegian, Icelandic, or Danish). This is an example of something that works very well in the medium of sequential art, but would not work at all in other media. The author denotes the language spoken with a little flag in the speech bubble, while the huge majority of the comic is all in English. It illustrates well the language barriers that exist between certain characters, while readers are still able to understand what's going on. Even the animals' onomatopoeia is in the correct languages (the Icelandic sheepdog barks "voff")!

The comic updates on Monday, Tuesday, Thursday, and Friday. You can start reading here! 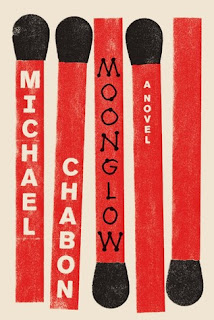 I spent my Spring Break receiving a Wilderness First Responder certification, and wow do I feel prepared. I hope I never have to use many of the skills I learned, but at least I'll have them if I ever need them. Furthermore, this level of training is recognized by some employers, so it could come in handy for jobs too. I was most surprised to learn the Cunningham technique for shoulder reduction, which seems to be a lot less painful and invasive than expected.
Week 1 is over, and Spring Term is fully in swing. I've declared an English major, in one of the most anti-climactic button-pushing experiences of my life. My courses are going to keep me very busy this term: The City in American Literature, Les Sept Pêchés Mortels, African Literature in English, Advanced Tai Chi, and Windows on the Good Life (Romeo and Juliet and A Midsummer Night's Dream this term). So far, I've already finished three books for my courses: Chinua Achebe's Things Fall Apart, Romeo and Juliet, and Jean Cocteau's La machine infernale, as well as being about halfway through with Dreiser's Sister Carrie, so I guess I'm going to accomplish a lot of reading this trimester.
I recently finished reading Moonglow, and I really enjoyed it. Oddly, it kept reminding me of Maus--perhaps because of the mentions of WWII, Judaism, and the exploration of family relationships within the books, although Moonglow never goes into the kind of detail about the Holocaust that Maus does, which makes sense, because the people in Moonglow didn't have the same experiences as the ones in Maus. I'm adding one of Michael Chabon's other books, The Amazing Adventures of Kavalier & Clay, to my reading list, so maybe some day I will finally get around to reading that too.I've only just begun Zadie Smith's Swing Time, perhaps one-sixth of the way in, and it also promises to be a very enjoyable read.
Posted by skj2241 No comments: