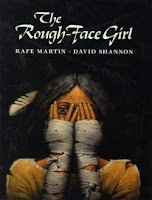 Gregory Maguire is the author of Confessions Of An Ugly Stepsister. He has also written several other books, both for adults and for children. His adult books are generally new retellings of fairytales.
Confessions of an Ugly Stepsister isn't your traditional Cinderella story. It is set in Holland, during the seventeenth century and the craze of the Tulip Mania. The story is told from the point of view of Iris, who has just moved from England to Holland with her strong-willed mother Margerethe and her slow older sister Ruth. Dark atmosphere abounds in this enjoyable retelling of the classic Cinderella story. The book will leave you guessing which magic is real, which is only real in a child's imagination, and whether it even matters.