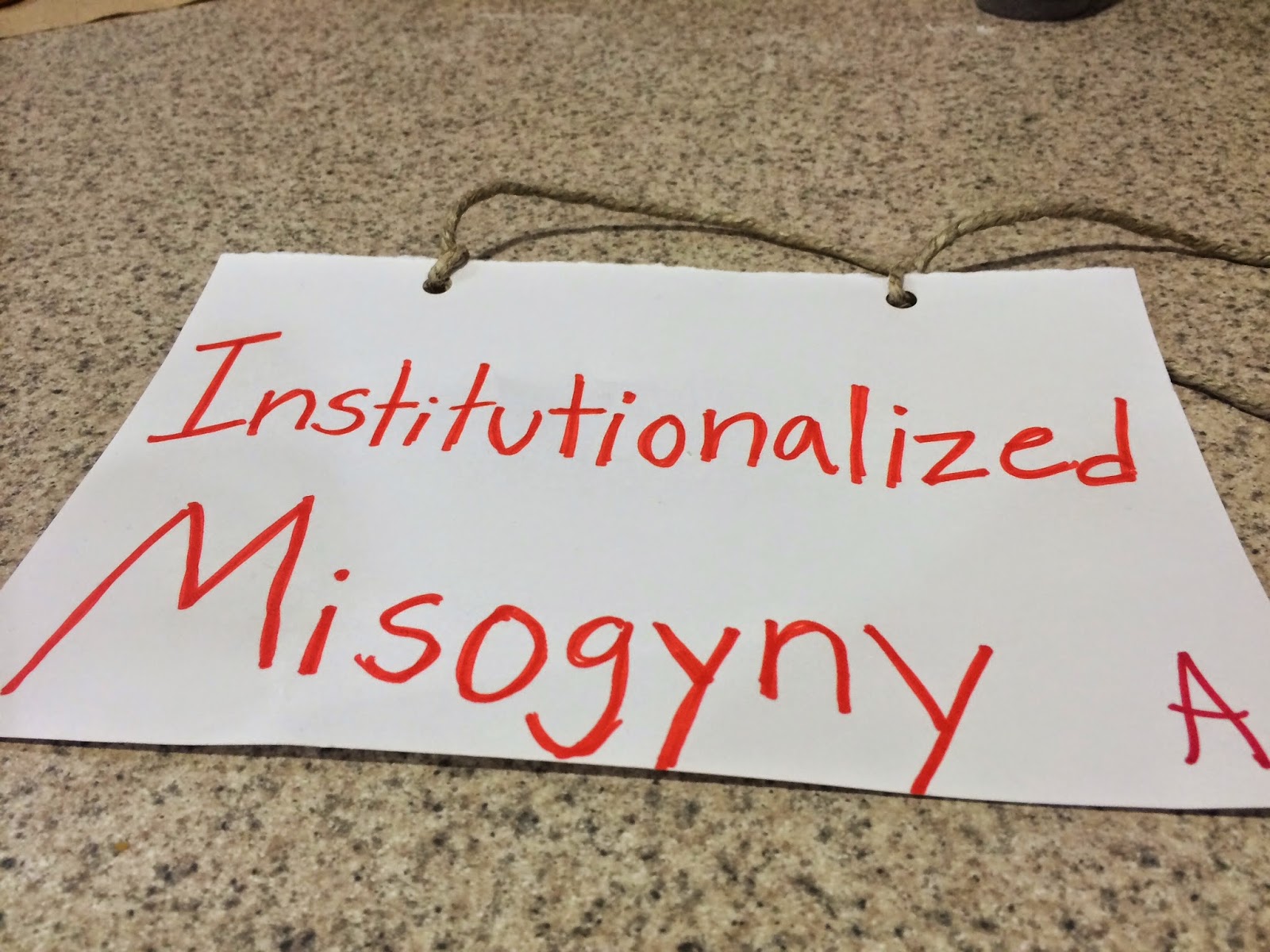 We had a mandatory dress code meeting Thursday night, for the girls only. Mostly there's a lot of confusion about how our dress code is being enforced, which doesn't always match up with what our handbook says.
Afterwards, most of us were pretty upset. It's not that our dress code is particularly unreasonable--it's not. And I agree, as do probably all of the other girls, that yes, people do need to dress appropriately. However, no one ever lectures guys about the length of their shorts, or how low-cut their tops are. No one has to--guy's bodies, and how covered or not they are, just isn't that big of a deal in our culture.
Friday at school, a lot of girls wore signs, like the ones pictured here, to protest. Most of our teachers and faculty seemed to be somewhat supportive, although some avoided voicing an opinion on the matter. A few guys mocked the girl's signs, one even wearing a sign that said "Kiss me if you hate dress code".
People who don't realize the point may think otherwise, but it's not the dress code that we are really upset about, but the fact that we live in a world where there has to be a girls-only dress code meeting. This meeting tapped into a lot of anger all at once, not because there's any easy solution, but because there is an overarching problem, which we will probably fight all our lives. 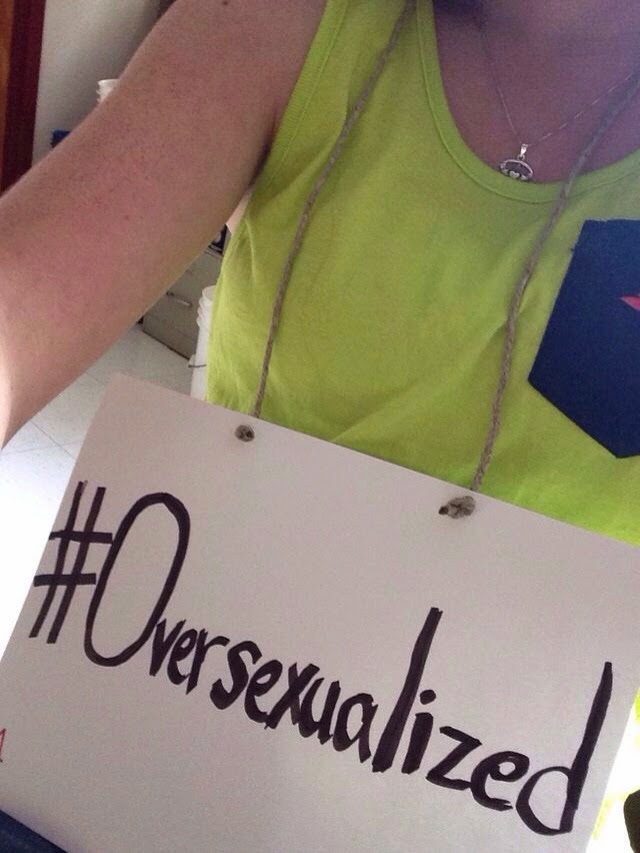 Every generation of women has had different goals, and different ideas about what feminism means to them. Feminism is often a word used to label--a set of values or beliefs that may often have negative connotations. However, each person who chooses to describe herself or himself as a feminist has a unique viewpoint on what that word means. Each person has to decide, which is why it shouldn't be used as a label. This incident is just one of many that will shape this small group's ideas on what they believe in and what they value most.
This may be something really small, but we are still in high school. Someday, I will quite possibly be required to wear high heels, shoes with the potential to cause permanent damage to my feet and back, for my job. Getting a job, and keeping a job, could rest on making my appearance fall somewhere on a constantly sliding scale, not unflattering or unfashionable, but not inappropriate. It's not that I'm against high heels or makeup, but it's the idea that I might be forced to do something, whether I like it or not, in order to fit into a job for which I may not even be getting equal pay.